Use of conventional Load Haul Dump (LHD) equipment and scrapers on an uneven mine floor underground leaves behind a significant portion of metal (or precious stones) contained in the already capitally accessed in waste and broken ore stocks. That portion of metal or precious stones contained in the conventionally “unrecoverable” floor material has being included in the initial calculations when evaluating mining projects and capital funds have been sought for their development. And that portion of precious metals and stones has been hidden in various “camouflaging” reconciliation factors. Fundamentally, the recovery of the high-grade mine floor material left behind never to be recovered has not yet being included in the “normal” mining cycle by Governments in most Countries in the World i.e. wasting billions of Dollars.

The underground mine floor vacuuming technology has been successfully introduced and used in South Africa for many years. Stationary Supersuckers have been successfully used to mine opals in Australia since the late 60-ties of the last century.

The Ausvac Mining Pty Ltd modern and truly Mobile Supersucker, a highly efficient giant vacuum cleaner previously not available in Australia (and in the World), had been designed and constructed in Kalgoorlie, Western Australia in 2000 – 2003. The development of the mine floor material recovery system through eight (8) hands-on trials on nickel and gold mines in Australia in 2003- 2011, had enabled a cost-effective highly efficient reclamation/recovery of the “conventionally” unrecoverable material, allowing for a significant additional revenue and enhancement of the return on the invested capital. And highly importantly, it enables Mining Companies to be compensated for the rehabilitation of that portion of capital and operational access in waste to the ore being left behind on mine floors (i.e. the waste disposed of on surface). Up to forty (40) tonnes per shift can now be recovered from mine floors with two (2) operators when using the Mobile Supersucker. The attached Excel/PDF spread-sheets in the Services section of this website (with updated Aus.$/US$ exchange rate and gold/nickel prices), clearly outlines additional extra revenue that can now be generated with very little mine managerial efforts. 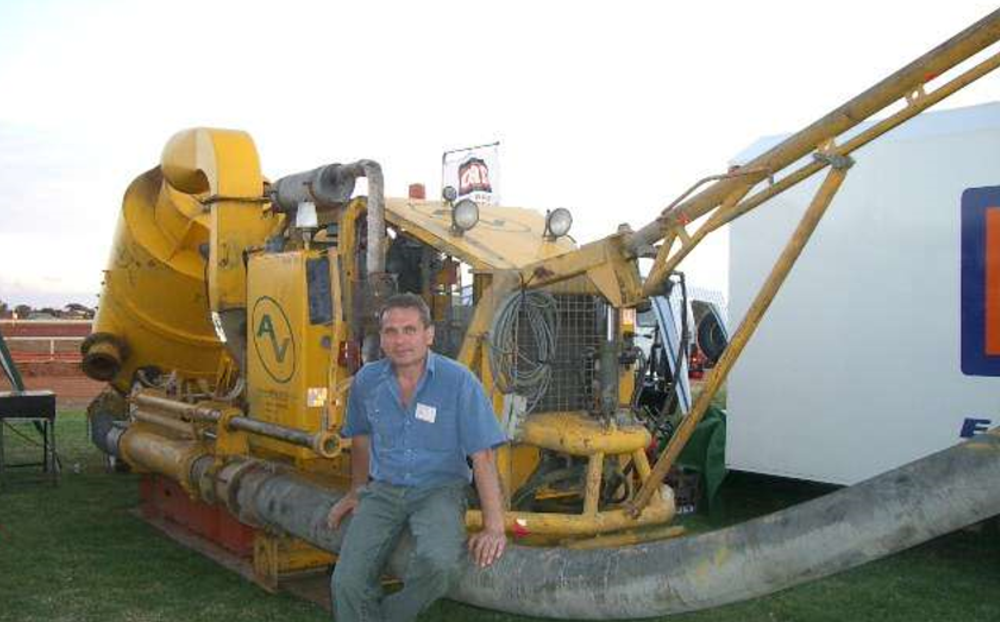